Present RG, CG, and KH.
A Spanish Ringer kindly took us to a building site in Algerciras.  Work on this part built block of flats in the middle of the town had come to a halt two or three years earlier.  We were soon catching swifts even before having fully positioned the first net. The birds more often than not were caught on the way out as they could not turn sharp enough to use the net free window in through which they had entered. It was decided to stop catching as soon as we re-trapped a bird caught that day.50 swifts were caught of which 43 were Pallid Swift. Full biometrics were taken and only one bird was found to be aged 5. The primaries of both species were extremely stiff  and unusually course to the touch. The Common Swifts were stronger and more difficult to handle, both species had extremely sharp claws  The experience was one not to be missed. 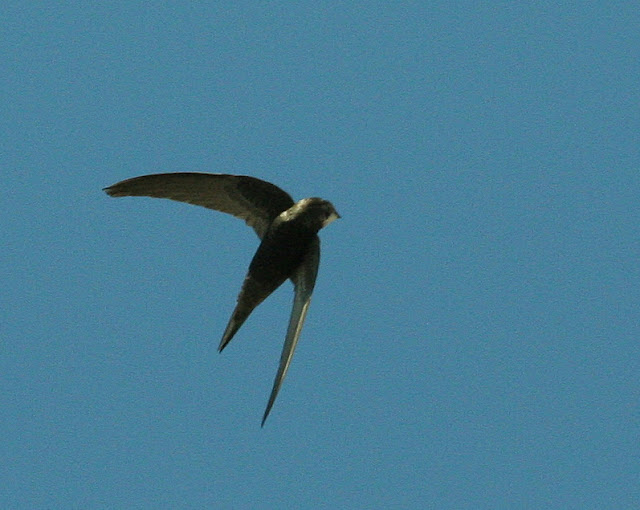