February marks the start of pre-Rassing the Marsh Tits, now in its 10th year. The season starts officially on 1st March but February is the month for attempting to catch and colour-ring any remaining juveniles from last summer, locating and repairing feeders, and generally trying to find which birds are on territory which will facilitate locating them later.
39 birds were processed, 6 new. These included 1 new Marsh Tit, 3 retraps and two field sightings (additional retraps in brackets): Marsh Tit 1 (+5); Coal Tit 1 (+6); Blue Tit 1 (+11); Great Tit 1 (+11); Treecreeper (1); Chaffinch 1. 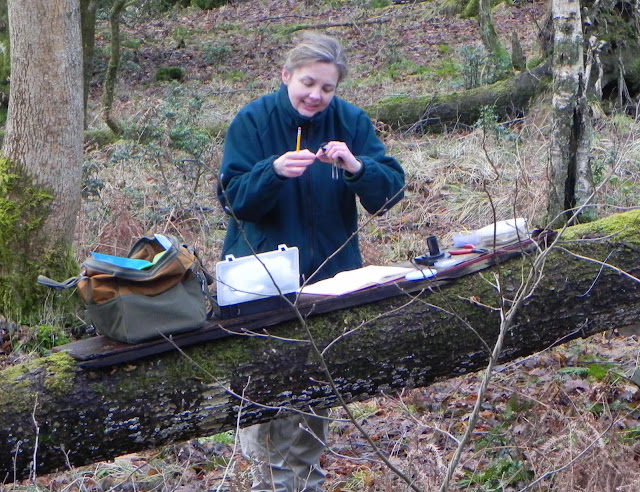 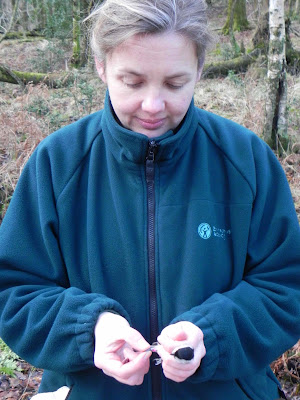 Started my marti field season today! They've been mega-territorial for about a week down here. I find that playback of song and calls is great for locating them (cuts down the effort a lot), and also gets them close to read colour rings through bins. If you need any sound files drop me a ine - I've been sound recording loads of stuff. I play it on my mobile phone and it works a treat.

Thanks Richard, you have already givin me four files, I plan to give them a thorough trial here. Birds are starting to take up territory here too.

I know those woods!