Present JS, AM, RG, CG and KH date 28/05/2010
A last minute assembly was called by the Master of Arms as an opportunity to catch some late migrant waders presented itself. 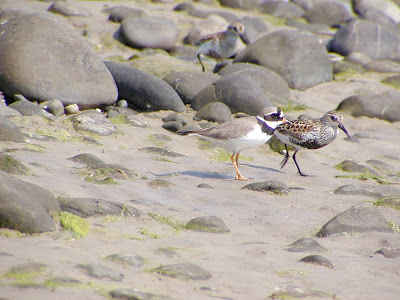 A mixed flock of these had been located 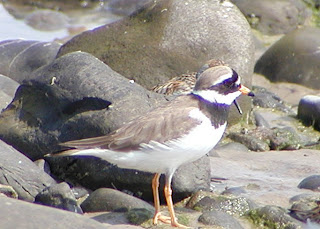 One Hundred and Thirty -eight of these were caught and processed. One of which was a re-trap from the same beach two years earlier. Another was a BTO control along with a control with a Belgium ring. 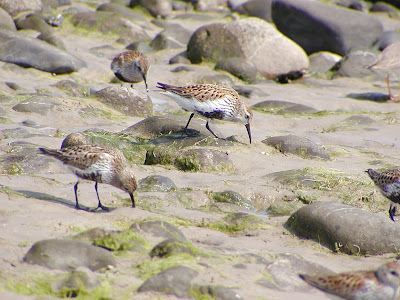 Sixty - three of these were processed.One control was made which had a French ring.
All these photographs were taken on the actual beach where the birds were caught prior to the tide pushing them up to the shingle area higher up the beach.
Posted by O1229 Ringing Group at 04:04